We make numerous other collections available to you. These have very different content - and sometimes an exciting history.

The other collections complement our valuable old holdings and the general holdings, which make broad and comprehensive literature available to you. Here you will find very different libraries that were independent, such as the North America Library or the Study Library on the History of the Labor Movement. We also look after depot libraries, e.g. B. that of the Swiss Alpine Club SAC or the Fennica collection of the Friends of Finland. 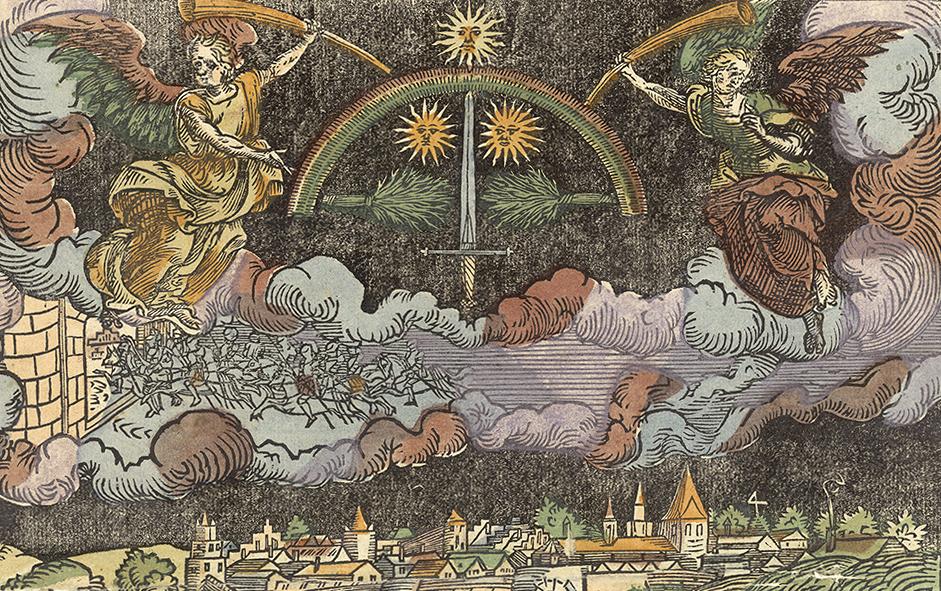 Our Baltica collection is all about Estonia, Latvia and Lithuania. Discover over 5,000 titles on the Baltic States in the central library.

Our Baltica collection is one of the largest in the German-speaking area. The focus is on literature from Estonia, Latvia and Lithuania. We acquire in the national languages ​​and translate into German, English or French. The collection also focuses on:

At the suggestion of the Gebert-Rüf-Stiftung's Swiss Baltic Net, our Baltica 2001 was defined as a special collection area. Since then, the Baltica have come into our holdings through continuous acquisition, sometimes as a gift. In the past century, donations, bequests and the academic exchange of documents promoted the development of our collection.

Special about the Baltica

Our Livonica collection unites titles on historical Latvia and Estonia. There are also valuable prints from the 16th century. Another focus of the Baltica is music. The collection documents, for example, how Richard Wagner helped shape musical life in Zurich and Riga. We also purchase printed music and sound carriers.

Zurich as the center for the Baltic States

In the German-speaking area there are only a few centers for Baltic literature and literature on the Baltic States. Zurich is such a center - alongside Münster, Greifswald, Munich and Göttingen. We also acquire in Estonia, Latvia and Lithuania:

The Baltica are listed in the research portal. Help us to build up the Baltica stock and do not hesitate to send us purchase suggestions. The collection is looked after by Marija Simasek (Latvia, Lithuania) and Mirja Lanz (Estonia): 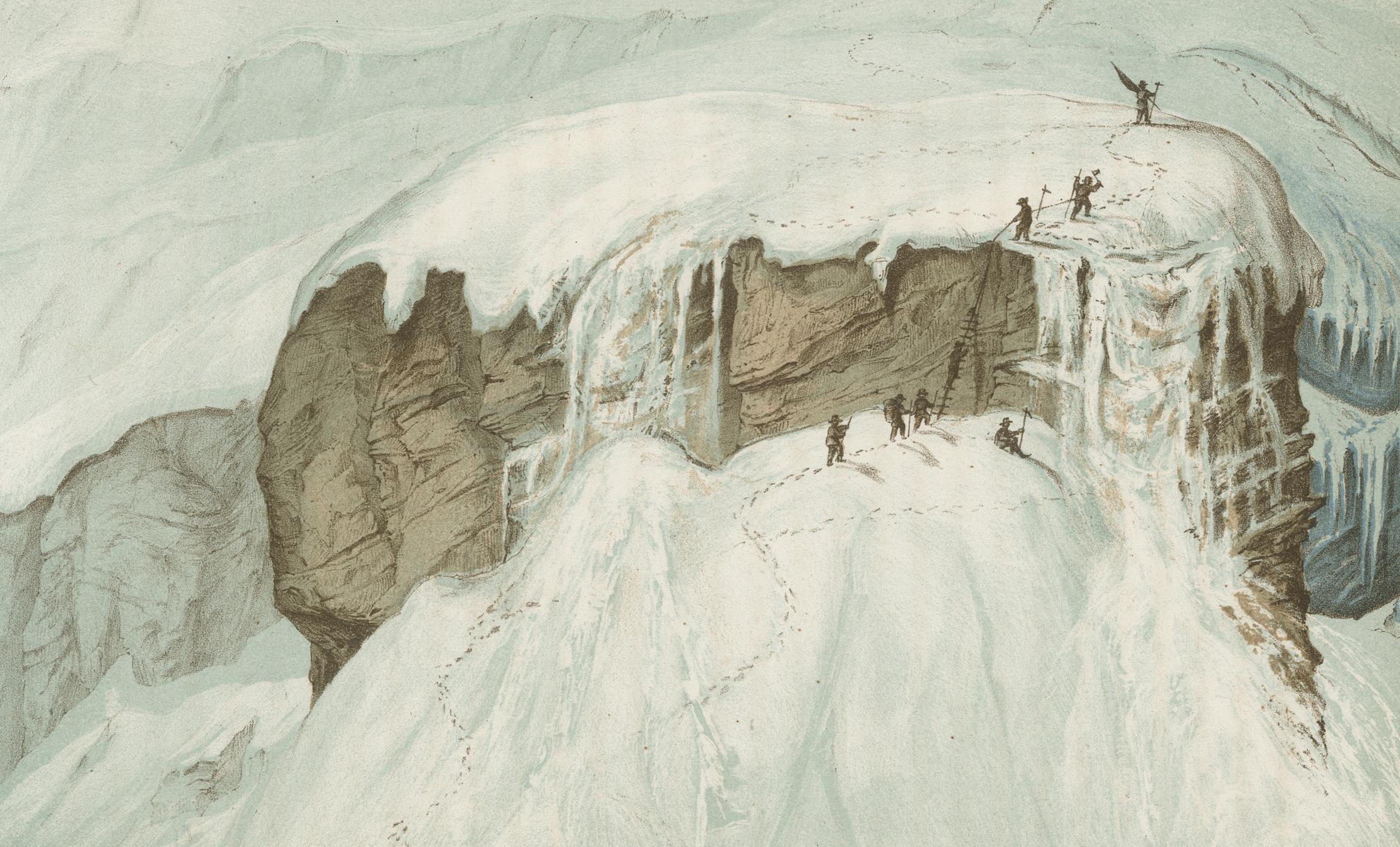 Everything about alpinism, from then to tomorrow: the central library of the Swiss Alpine Club SAC is aimed at all mountain enthusiasts.

In the library of the Swiss Alpine Club SAC, the focus has been on the mountain since 1890. And of course mountain sports. Whether it's a hike, ski tour, bike route or mountain novel: with around 60,000 books, magazines, maps and panoramas, the SAC library is one of the largest mountain libraries in the world. You will also find specialist books on avalanche science, altitude medicine and nutrition in mountain sports.

Are you interested in climbing routes in the south of France? Are you planning a hiking holiday in the Dolomites or a ski tour in the Silvretta area? The Swiss mountains and the Eastern and Western Alps form the geographical focus of the SAC library. Of course, we also offer guides to other mountain sports areas in Europe and to the mountains on other continents.

Specialized in the history of alpinism

From Karlwalk to Ueli Steck: a specialty of the SAC library is the history of alpinism. In our inventory you will find sources from 1750 to today, including reports of first ascents, portraits of alpinists or publications on the development of mountain sports in individual regions. Our collection of historical maps and panoramas is unique.

History of the SAC library

The SAC library was founded in 1890 and included as a deposit in the then Zurich City Library. In 1917 it came to the newly founded Zurich Central Library with the city library. The task of the SAC library was and is to provide the scientifically interested public with alpine literature. As the central library of the SAC, it takes into account all parts of Switzerland and relieves the section libraries of the SAC.

Find and borrow books from the SAC library 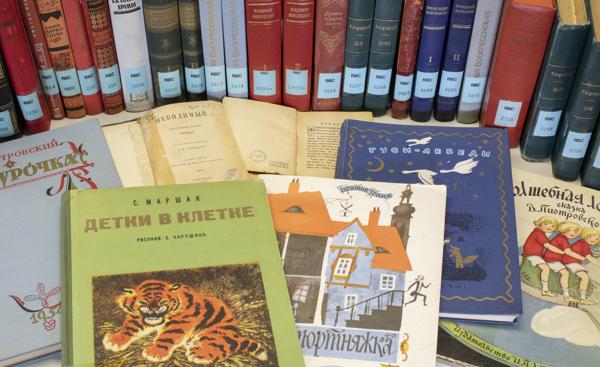 The Russian Library is a jewel and a contemporary witness of Zurich's history. Explore Russian literature, culture, and history in the Central Library.

In the Russian Library you will find 6,000 monographs and journals, united under the shelf mark RBC. Russian fiction from the 19th and 20th centuries, translations and exile literature form the core of the collection. Further focal points are:

History of the Russian Library Zurich

In 1927 Russian-Swiss and Russian emigrants founded the “Russkaja biblioteka v Cjuriche” association. They financed a politically independent library from their own resources. In 1983 the association dissolved. The library was donated to the Slavic Seminar of the University of Zurich. In 2002 the Central Library took over the holdings of the Russian Library. The RBC collection is complete.

Special about the Russian Library in Zurich

You can find the archive of the Russian Library in our manuscript department. For example, it contains the original files of the 883 members. Letters, files and minutes bear witness to the lively activity of the association. All materials are assigned the signature Ms. RBC. If you are interested, the manuscript department of the central library will be happy to provide you with information.

The RBC is shown in the research portal. The filter "ZB, Russian Library Zurich" helps you with a targeted search. We acquire new publications on Russian literature and language in the field of Slavic Studies. Any questions? For the Russian Library in Zurich, contact: 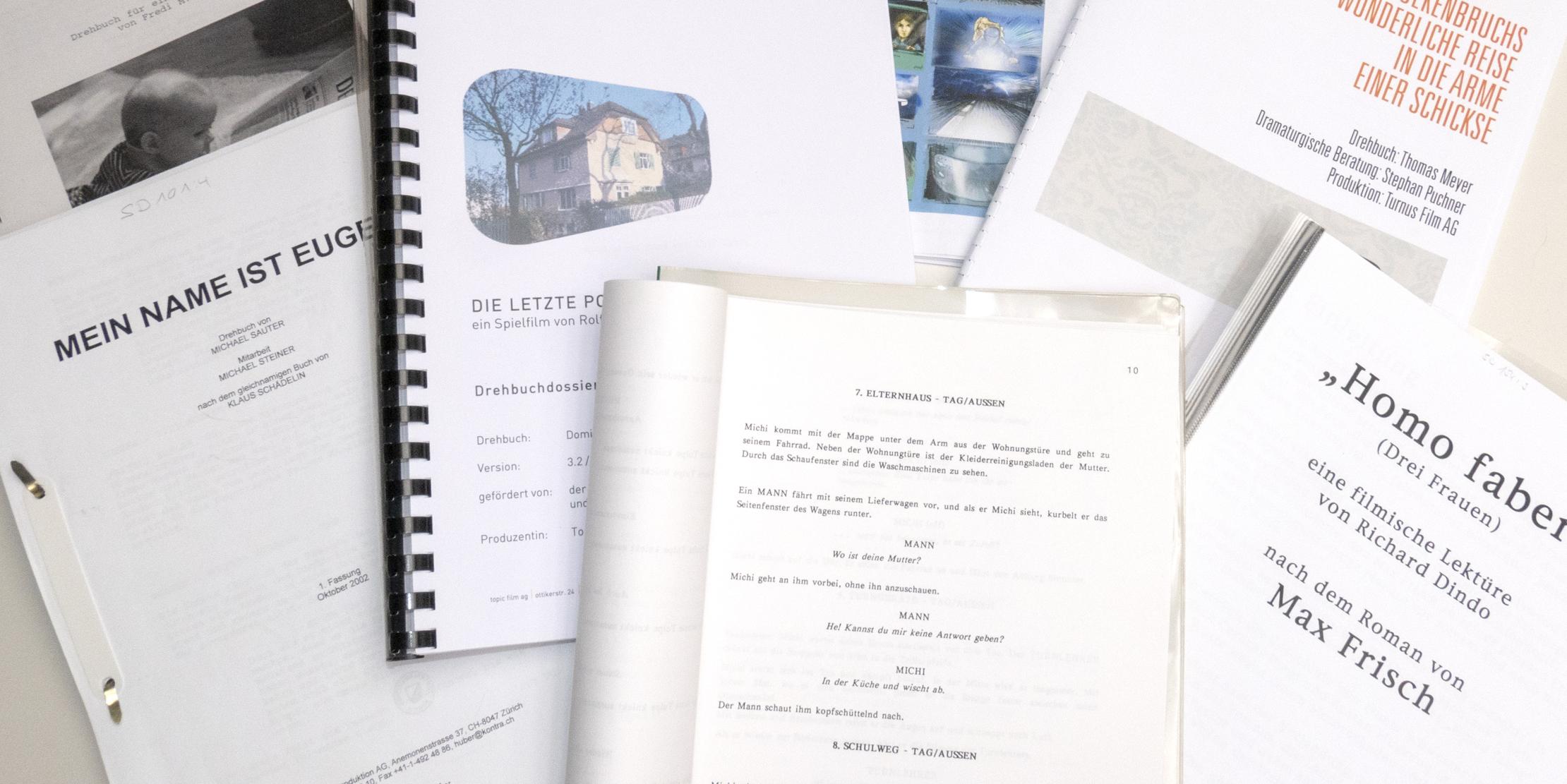 The Zurich Central Library is building a collection of Swiss scripts in collaboration with the Cinémathèque Suisse. Templates for documentaries are also collected.

Scripts in the central library

The central library has been collecting Swiss scripts and scripts for Swiss documentaries since 2006. By spring 2019, over 3500 scripts from the holdings of the Zurich Presidential Department, the Zurich Film Foundation and the Cinémathèque Suisse had been made available for use. The collection is constantly being expanded.

No films without scripts

Screenplays are a literary genre of their own. However, they are hardly ever published in Switzerland and tend to be forgotten after a film has been completed. This regardless of the fact that they are part of the cultural heritage and basic material for research. The central library wants to counteract forgetting and has been collecting Swiss scripts since 2006.

Discover scripts for yourself

You can easily check online which Swiss scripts - and templates for documentaries - the central library has. Enter "MFSD" in the search field of the research portal. If you are looking for scripts by a specific author, please also enter the name.

Scripts are manuscripts and are subject to copyright law. Upon request, they will be presented to you on microfilm in the reading room of the music department. Further information can be obtained from the subject librarian, Irene Genhart: 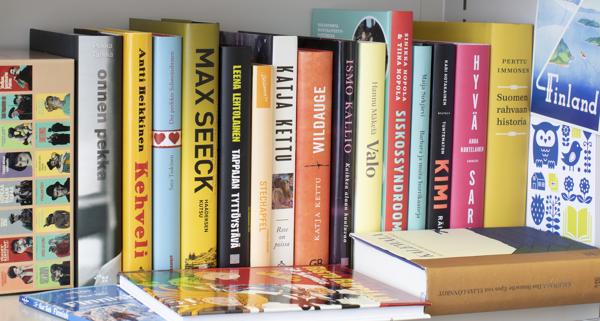 Welcome - tervetuloa - välkommen! The Bibliotheca Fennica has the latest Finnish literature, as well as children's books, Finnish films and books about Finland.

Existence of the Fennica

The Fennica is the largest Finnish library in Switzerland. Around 8000 titles and 300 DVDs are available to you. We purchase fiction and children's books in Finnish and Finnish-Swedish as well as in German translation. Fennica offers you non-fiction books on the following topics:

Why there is the Fennica

Reading is part of Finland like the sauna is part of the house. So the Finns who emigrated to Switzerland in the 1950s needed a Finnish library. Whether Kaurismäki, Muumi or Mannerheim: The Fennica has been set up by the Swiss Association of Friends of Finland (SVFF) since 1955 and is also a club library. In 2001 the SVFF donated the Fennica to the ZB.

Who we are, how you can reach us

The Fennica Library Commission is responsible for selecting the titles. The club members of the SVFF have been financing all acquisitions of the Fennica with their membership fee for 60 years. Do you have a question or would you like some information? Contact Mirja Lanz, responsible for the Fennica in the ZB: 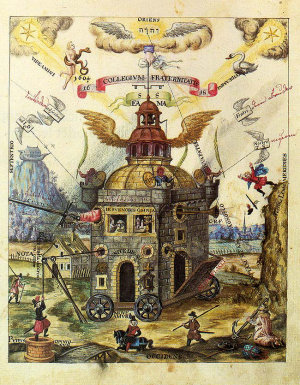 The library Oskar R. Schlag is a special library for all esoteric and related topics. It originally served the esoteric researcher Oskar R. Schlag for his private studies and comprises over 25,000, some of them rare, volumes. All library users can order the holdings online.

All areas of esotericism

Do you expect to find literature on astrology, apparitions, and satanism in a public academic library? You can find them with us, in the Oskar R. Schlag library. This extensive private library was given to the Central Library as a gift in 1990 and has been continuously expanded since then. The collection includes rare documents from the 17th and 18th centuries. The focus, however, is on works from all areas of esotericism since the 19th century.

Even more esotericism in the central library

We do not only have holdings on the subjects of esotericism, parapsychology and occultism in the Oskar R. Schlag library. You will also find historical and current literature on these topics in the special collections and in the general holdings. 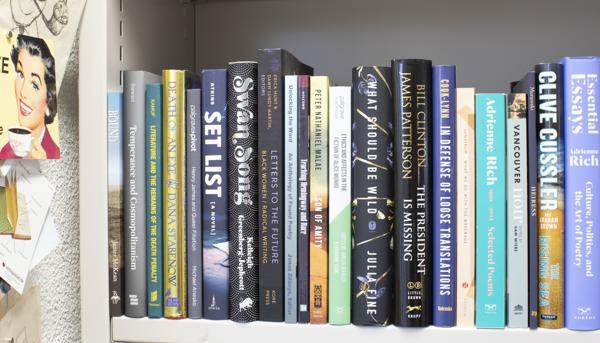 The North American Library (NAB) has stood for US and Anglo-Canadian literature since 1972. Over 120,000 titles are available to you in the central library.

The NAB for study and research

In the North American Library we provide you with a wide and up-to-date selection of secondary literature on US and Anglo-Canadian literature. We not only collect literature on the classics, but also consider literary voices and movements outside the mainstream.

Whether Native American, African American, Chicana / Chicano, Queer or LGBTQ - we value the literatures of the minorities and accompany them theoretically in the North American Library. Another focus of the NAB is experimental literature. So that nothing escapes us, we subscribe to magazines such as “Best American experimental writing”.

Fresh voices in the NAB

We pay special attention to new authors from the USA and Canada. The literary topicality reaches our inventory directly. Magazines such as Hazlitt, PEN America best debut short stories or the CVC short fiction anthology series also offer you an insight into literary life.

You can find all of the NAB's titles in the research portal. With the setting «ZB, North American library» you can search the holdings separately. A search with English keywords (LC subjects) is possible for the NAB's inventory. Since 2016, new titles have been continuously classified (Numerus Currens). The NAB monographs up to 2016 can be found under the shelf number NABM in P - 4 of the central library. For the North American Library, contact: 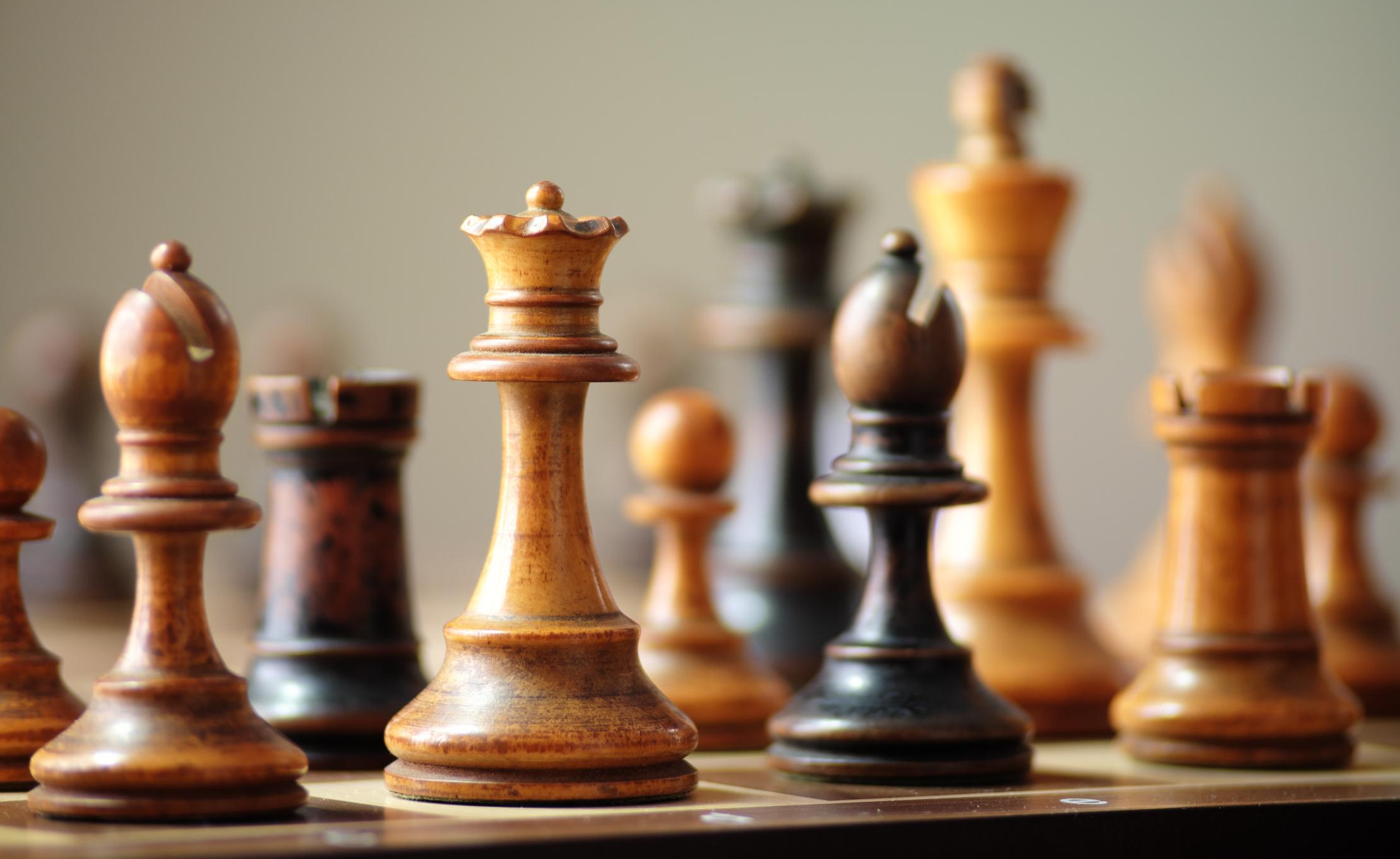 "Checkmate in 20 moves", "Chess delicacies" or "Cheery from the world of chess": These are just a few of the titles that we offer in our large chess collection.

Friends of chess literature get their money's worth with us

Since 2010, the Zurich Central Library has owned a chess book collection comprising around 4,000 books and numerous journals, the so-called "Helvetic Chess Library". It combines chess books from several libraries:

You can borrow the chess library! In the collection with the signature “Schach CH” you will not only find books and newspapers, but also photographs of chess grandmasters, caricatures and joke drawings on the subject of chess or bulletins from international chess tournaments.

Library and files of the Zurich Chess Society

But that's not all: you can also look at many files and the library of the Zurich Chess Society - the oldest chess club in the world. The books can be found in the research portal under the signature "Schach". You can find the archive holdings under the signature «Ms. Z III 113 & a-f ».