The Skoda Fabia is getting a gentle facelift. With its front it almost looks like a little superb. New drives and assistance systems make the popular small car even more suitable for long journeys. In contrast to Ibiza and Polo, however, it still remains on its own platform instead of building on the MQB A0. 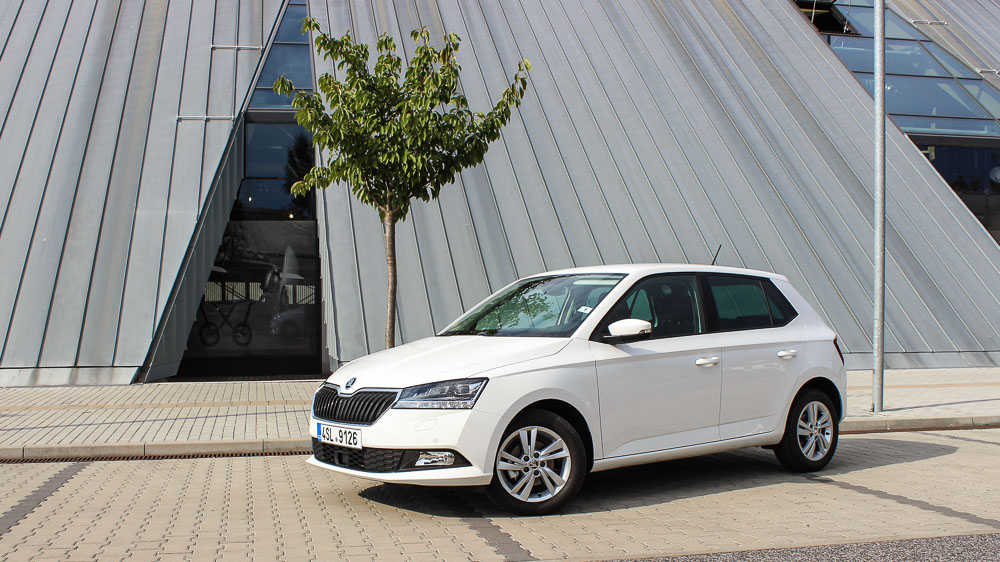 In the test: The Fabia Ambition in Candy White with 15 inch aluminum rims

LED daytime running lights as standard, LED headlights cost extra
The LED daytime running lights are now available as standard in the Fabia. Halogen headlights also remain standard. In our tested ambition, a surcharge of around € 700 is due for full-LED headlights (the blinker remains a light bulb). The shape of the headlights has also changed, so connoisseurs should definitely recognize the Fabia from a distance as a 2018 facelift. There is now also the option of LED optics for the rear lights. What we particularly like: If you buy the reversing camera for less than € 300, there is always a washer nozzle on it. Salt and dirt are no longer a problem for the “open” camera next to the trunk opener. 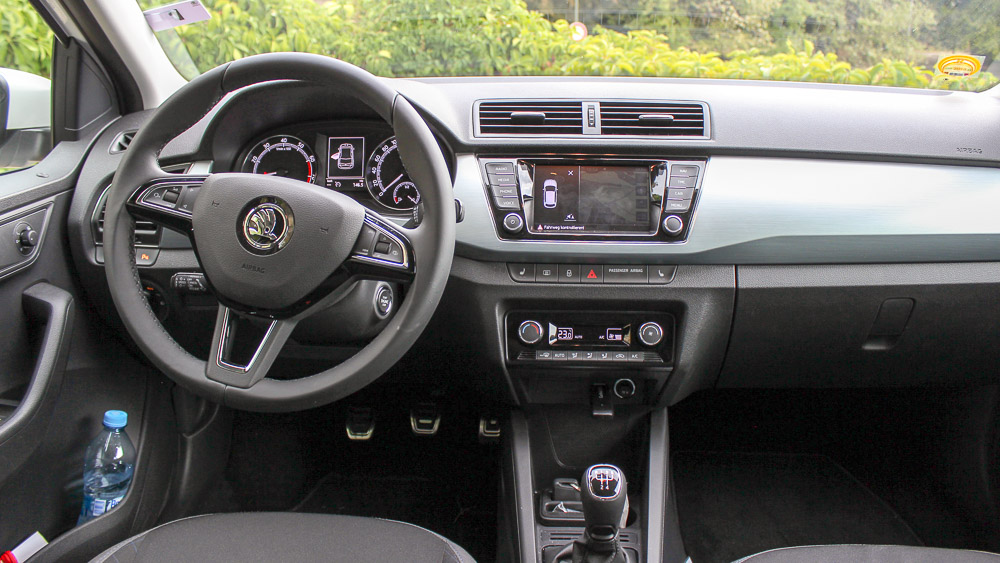 Finest Simply Clever gadgets in the interior & new infotainment systems
In the interior there is everything that we love about Skoda's Simply Clever philosophy and a little more: The speedometer unit now looks as grown-up as that of the Octavia or Superb, for example, with a high-resolution black and white display in the middle. There is no fully digital speedometer like VW or Seat. The MuFu steering wheel now also has new buttons and a slightly revised design. We think it's great that the optional ACC (cruise control) is still controlled by a separate, small lever on the left of the steering wheel on Skoda. Even in the VW Touareg, which costs almost € 100,000, the ACC control has moved into the steering wheel, which is nowhere near as convenient as a dedicated lever. 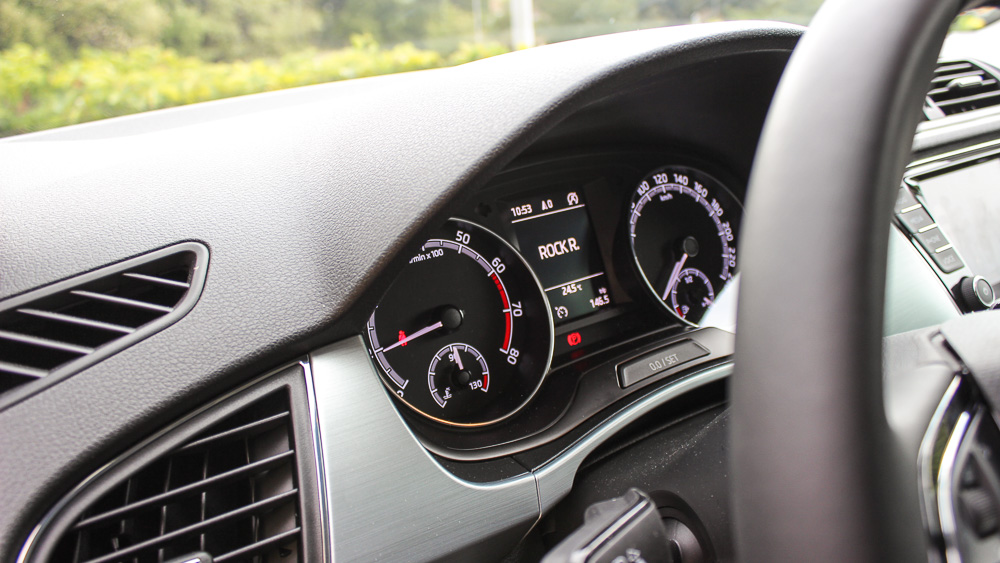 Speedometer unit as in the Skoda Octavia / Superb, FIS only monochrome

No MQB A0: Fabia is still on her own platform
From our tested Trimline ambition is already an air conditioning series, but not the automatic air conditioning: If you want to set your temperature digitally, you always have to pay a surcharge. The automatic air conditioning works very draft-free and just as well as in the new Polo, for example. All infotainment systems have a screen size of 6.5 inches, but the software behind them is different. We have the Amundsen system including navigation system on board, which is smaller than the one in the Superb, for example, but is in no way inferior to it. Since the Fabia is not based on the MQB A0, you sit a little higher in it than in the new Polo, for example.

Interesting facts about the Skoda Fabia Facelift
In the lowest version, Active, the Fabia still comes with manual window regulators at the front and rear, without air conditioning and without a remote control key. As of the Ambition, the window regulators are now also available with automatic. If you opt for the automatic air conditioning, which is always subject to a surcharge, it even comes with a humidity sensor in the rearview mirror. 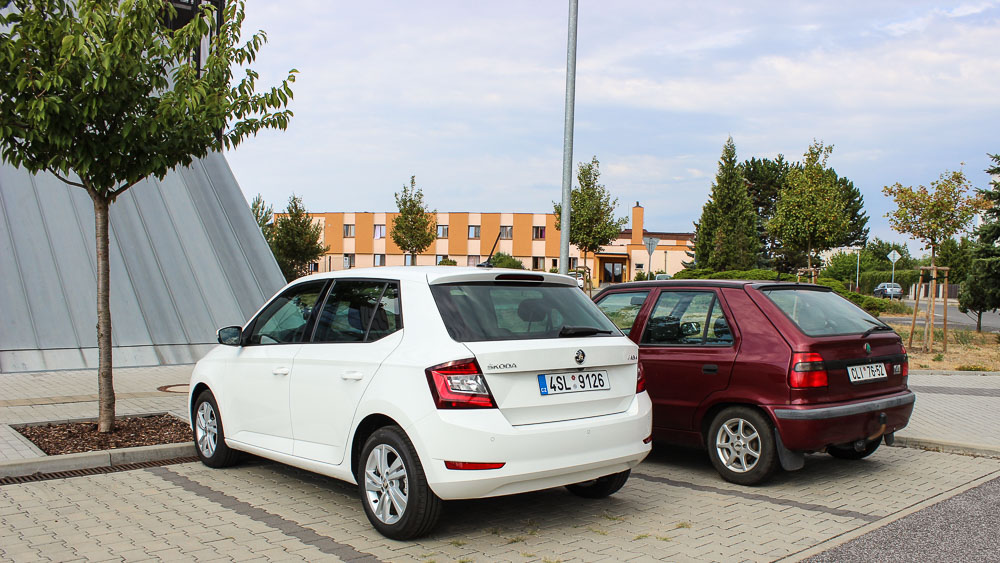 This is how the 1.0 TSI drives with 95 PS and manual 5-speed gearshift
From now on there is no more diesel for the Fabia, among the three petrol there are only three-cylinder. We drive the 1.0 TSI with 70 kW or 95 PS with manual 5-speed gearshift. This small TSI is probably the optimal engine for the just 1.1 ton light Fabia: The 95 PS three-cylinder has enough power with 160 Nm of torque to be able to sprint from one traffic light to another in a relaxed and nimble manner, even in annoying city traffic. The 5 gears are well coordinated and do not seem as cumbersome as they were, for example, in the 1.6 TDI. Tempo 100 can be reached in at least 10.8 seconds. If you let the Fabia sprint properly, you can of course always hear that only a three-cylinder works here - but that doesn't really matter. The Fabia is relatively quiet on the autobahn, even if not quite as quiet as the Polo. The fifth gear has a long ratio and ensures economical long-distance journeys. Incidentally, an average consumption of 4.6 liters is specified, with a maximum of 184 km / h. The Euro 6d Temp emission standard is a matter of course. 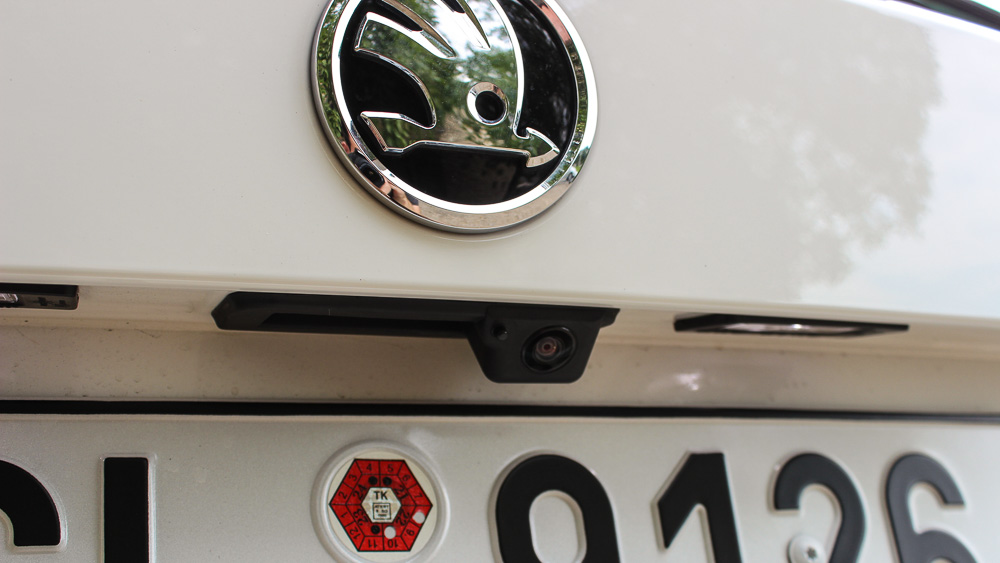 New, inexpensive assistance systems: Parking & Lane Change Assistant for € 240
Among the assistance systems there was already the ACC, which has been fine-tuned a bit and which works extremely reliably. It is active at a maximum of 160 km / h and can be activated from 30 km / h. A completely new package is a blind spot warning and parking assistant that costs just € 240. Thanks to two additional radar sensors in the rear, the Fabia can warn of approaching traffic. This is very helpful, for example when reversing out of parking spaces in a parking lot. We also show the function in our video review of the Skoda Fabia. A simple high beam assistant is also new. As part of the standard e-call system Skoda Care Connect, you can also access your Fabia free of charge via app & remote access in the first year and view the fuel level, driving data or parking position. As with the Polo, there is no active steering assistant. 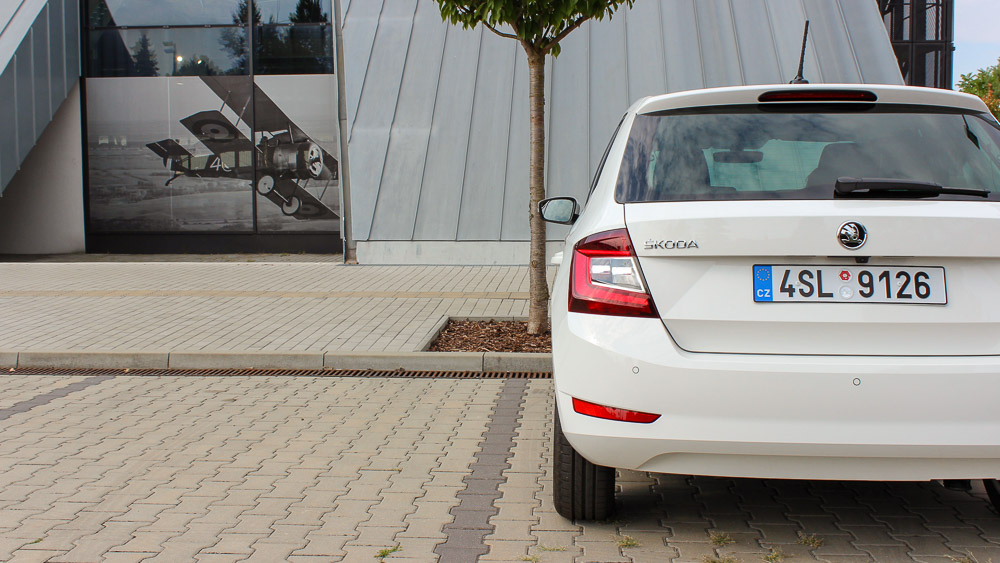 The Fabia has received another successful facelift. The fact that it is not yet on the MQB A0 does not bother at any point. At the latest with the 110 PS petrol engine, sportier drivers should also be well served - for us the 95 PS 1.0 TSI would be the optimal choice. We particularly like that the assistance systems such as the ACC (with 280 €) or the parking and lane change assistant with 240 € are really available at fair surcharges.