When is Seafair Weekend Seattle

Seafair, the unparalleled celebration of Seattle’s beautiful summer and remarkable history, turns 70 this year. With all the attendant finery and excitement that marks a big, round number we also get an opportunity to reminisce.

When it comes to Seafair, family traditions take two paths: those that hearken back to previous generations and those created this year, destined to move forward in the way that traditions do. For every grandparent wistfully looking back at the youthful days of the past, there’s a kid who is beginning the cycle anew. When it's all over - when the neighborhood festivals so unique to this grand event end, when the Seafair royalty have been crowned, when the Torchlight Parade has been held, when the roar of the Blue Angels soar over us and hydroplanes that cut through Lake Washington on the first weekend in August finally fade - that kid will ask his / her parents, in the time-honored way that traditions begin, "Can we do this again next year?"

Such is the allure of this city-wide party, which owes some of its heritage to events that happened 70 years ago in two upper-midwestern American cities.

When Seattle officials were looking for a way to celebrate the Emerald City’s centennial, they decided to hold a festival that would celebrate the city and boost tourism. For leadership they looked to Walter Van Camp. Van Camp was in charge of the very successful Winter Carnival in St. Paul, MN. Seattle lured him away in the spring of 1950 to create a similar event here in time for the centennial celebration in 1951.

Van Camp saw no reason to wait a year, but instead decided to create and stage the first Seafair in the summer of 1950. Held August 11-20, Seafair featured parades, community events, boat races on Green Lake, and several entertainment events at Green Lake's brand-new Aqua Theater, which was built in just 75 days, and is still partially standing today.

The first Seafair was deemed a success by everyone, and the event immediately began to grow due in part to the results of the 1950 Gold Cup hydroplane race in Detroit, MI. Gold Cup rules dictated that the race be held on the home waters of the boat that won it the previous year. From 1904 to 1950, those winning boats had always been built east of the Mississippi River.

In 1950, Seattle boat owner Stan Sayres and driver Ted Jones teamed up to shock the boat racing world with a win at the Gold Cup in the ironically named "Slo-Mo-Shun IV." Disgruntled eastern teams chose to think that the Gold Cup was "on loan" to Seattle for one year only. But Sayres and his Seattle-based boats then won the race for the next five consecutive years, establishing Seattle as boat racing's new capital and giving the still new Seafair Festival a big-time finale that drew hundreds of thousands of fans to Lake Washington each August . When the Gold Cup eventually returned East, a yearly Seattle stop was added to the hydroplane racing schedule.

An air show was added to the festivities to give fans something to watch between races. In 1955, everyone got an unanticipated thrill when legendary Boeing test pilot Tex Johnston performed two barrel rolls over the lake in the new jet prototype that would become Boeing's 707. Johnston didn't tell his boss (Boeing president Bill Allen) that he was going to take the company's only jet and fly it upside-down. "What do you think you were doing up there," Allen sputtered at Johnston later. “I was selling the airplane,” Johnston replied.

Since 1966, the air show portion of Seafair has featured the United States Navy Blue Angels, which zoom across Seattle skies for several days of practice before weekend shows above the lake leave spectators young and old alike standing and pointing in slack-jawed amazement.

The noise, glamor, and spectacle of boat racing and an air show make for a climactic weekend, but it is the series of dozens of local events that truly connects Seafair to everyone in Seattle. From West Seattle to Greenwood, from Ballard to Rainier Beach, residents gather throughout the summer for a series of festivals and parades that feature unique cultural aspects of each neighborhood.

These community events all serve to build excitement towards the grand Torchlight Parade, which has been held in downtown Seattle every year since Walter Van Camp arrived in 1950. That first parade was held in a small loop between Second and Third Avenues. Today, the parade is one of the largest in America and begins under the Space Needle with a route that goes the length of downtown before wrapping up in Pioneer Square. An estimated 250,000 spectators line the parade route on the final weekend of July to watch pirates, clowns, bands, drill teams, and beautifully decorated floats.

Seattle will continue to grow, and with that growth will come change. But even the most thriving, vibrant communities need historic cultural anchors to keep their past alive and to connect new residents and visitors to the history that makes a city special.

That's exactly what Seafair is at the grand young age of 70 years: a festival that celebrates Seattle's connection to boats and airplanes, water and sky, and the gathering of friends at neighborhood and citywide events that are all designed to leave us smiling and proud of the city we call home. 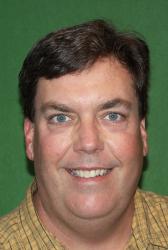