When does a live air tracker date

The time has passed even faster since we have a son and so besides my job and my various passions I hardly manage to create blog posts anymore. Nevertheless, I will try to post posts over and over again. Especially when I am allowed to report on an experience like this, it is a great pleasure for me. So much for the preface ...

After the last meeting to smoke an intimate cigar with my dear friend Andreas was long overdue, I could not enjoy a Christmas cigar due to illness, the selected evening (19.1.13) began a few hours before Andreas's birthday and due to the current occasion I have a very special cigar selected - Dunhill Estupendo (s) from 1984/85 (one of the first Dunhill batches, see explanation in the later link to the box). The current occasion mentioned for this cigar was the last auction in London, where it was sold for around $ 1000 each (and the box of 10 had already opened). In any case, the Dunhill Estupendo was the star at this auction as you can read in this article - http://www.cigaraficionado.com/webfeatures/show/id/16814

You have to mention that this cigar rarely appears for sale anyway and is one of the top cigars among collectors. Cuban Dunhill cigars are among the best vintage cigars - also because of their aging potential - which is why they also achieve astronomical prices and the trend is still upwards. One reason for vintage cigars in general is that the inventory and thus the supply is decreasing. In my other passions I also deal with vintage items, but with luxury items such as cigars and champagne the point is that when they have been enjoyed, they are irretrievably gone ... that inevitably leads to a shortage. Of course you can counter this by saying that cigars from e.g. the last 10 years will also be old vintage cigars at some point. That's true, of course, but like other vintage stars, Cuban Dunhills simply didn't exist in their time and in recent years.

Now to our experience. The cigar still had a nice bouquet on which the tube in which it has been stored all these years is not entirely innocent. The dry section was predominantly fruity / floral. Even the first puff was a surprise because the cigar was immediately present with intense aromas and that is rather unusual with cigars in this format - Julieta No.2 / Churchill. The Dunhill Estupendo revealed rich and complex aromas from the first to the last draw, so that it was difficult for us to put them into words - among other things because we enjoyed more than we analyzed. In summary, it was slightly sweet (especially noticeable in the last third), fruity and had subtle roasted aromas - all of this and much more in an ideal combination. The smoke was wonderfully creamy, full-bodied and the draw resistance was perfect for my taste. For my circumstances I smoked relatively quickly (especially with vintage cigars like this I usually smoke in super slow mode) but it took about 3 hours and about 15 minutes until I finally put the cigar away.

Here http://montehiba.blogspot.co.at/2010/09/dunhill-estupendo-198485.html you can find pictures of the corresponding box as well as information on the dating and production time of Cuban Dunhill cigars.

The $ 1000 question ... is it worth those dollars? The value of a cigar can be discussed for a long time because it is a question of attitude, the perceived enjoyment, the appreciation for old Cuban cigars, etc. The Dunhill Estupendo is without a doubt an absolute top cigar (also very high in my ranking) and I am also very grateful that I was allowed to smoke it ... I am also grateful that I did not have to pay the auction price for mine by far. 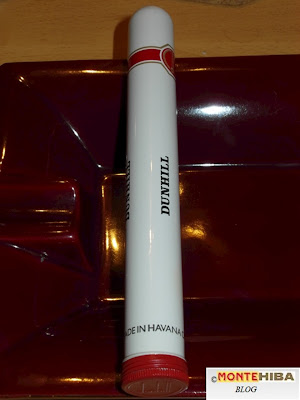 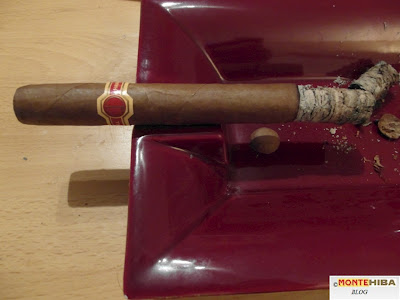 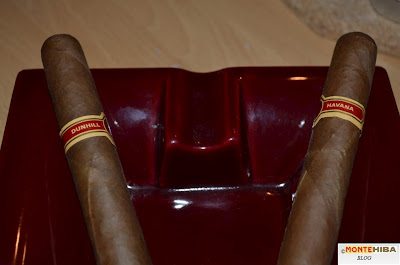 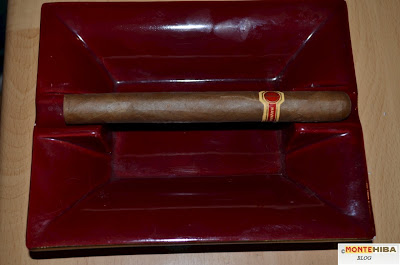 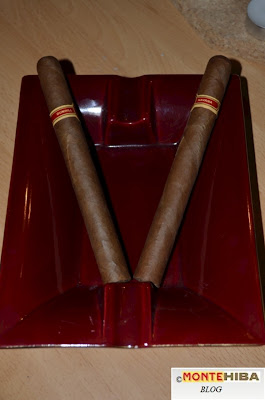 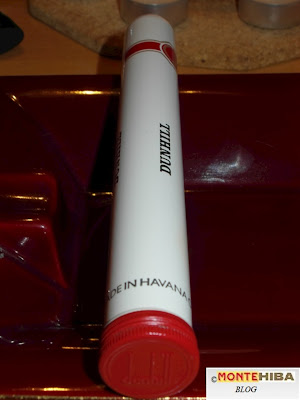