How to use Land Rover bottle lifters

The new Discovery is child-friendly like no other car and is still comfortable in the seventh of seven seats. Despite a few quirks, it should score with wealthy families as well as with dog and horse owners - also as a cheaper alternative to the large Range Rover.

Barely recognizable, the new Discovery. Why this radical change in style?
Because the Discovery is virtually reinventing itself in the fifth generation. What started slowly with Disco 3 and became more and more obvious with Disco 4 is now fully implemented by the new one: the change to the luxurious lifestyle SUV. Accordingly, the sharp-edged utility character is now giving way to rounded lines, as known from other luxury SUVs of the brand.

Of course, the upgrade also has an impact in terms of price and could disappoint those for whom the utility character of the Disco was in the foreground.
No reason to worry. The Discovery is still available in a basic version with steel suspension. If that is still too premium for you, you should wait for the next Defender: it will no longer have much to do with its predecessor, but rather fill the gap that the Discovery has left with its upward orientation.

How good does the new Discovery look when you stand in front of it?
Up front it's as cool as all current Land Rovers. At the rear, however, it can't be as sleek as a Range Rover: Naturally, the largest possible cargo space is achieved with a box design and height, the rear is simply large. We think it is good that Land Rover has also retained small Discovery design quirks such as the asymmetrical license plate holder at the rear, but it is a matter of taste. The traditional step in the roof is also still there, although it has become very discreet. Design tip: the cool dynamic design package with great 21-inch rims (we would advise against 22-inch Patscherl), contrasting paintwork with a black roof and other sporty details - ideally in combination with bold colors such as the beautiful red or orange Paintwork. 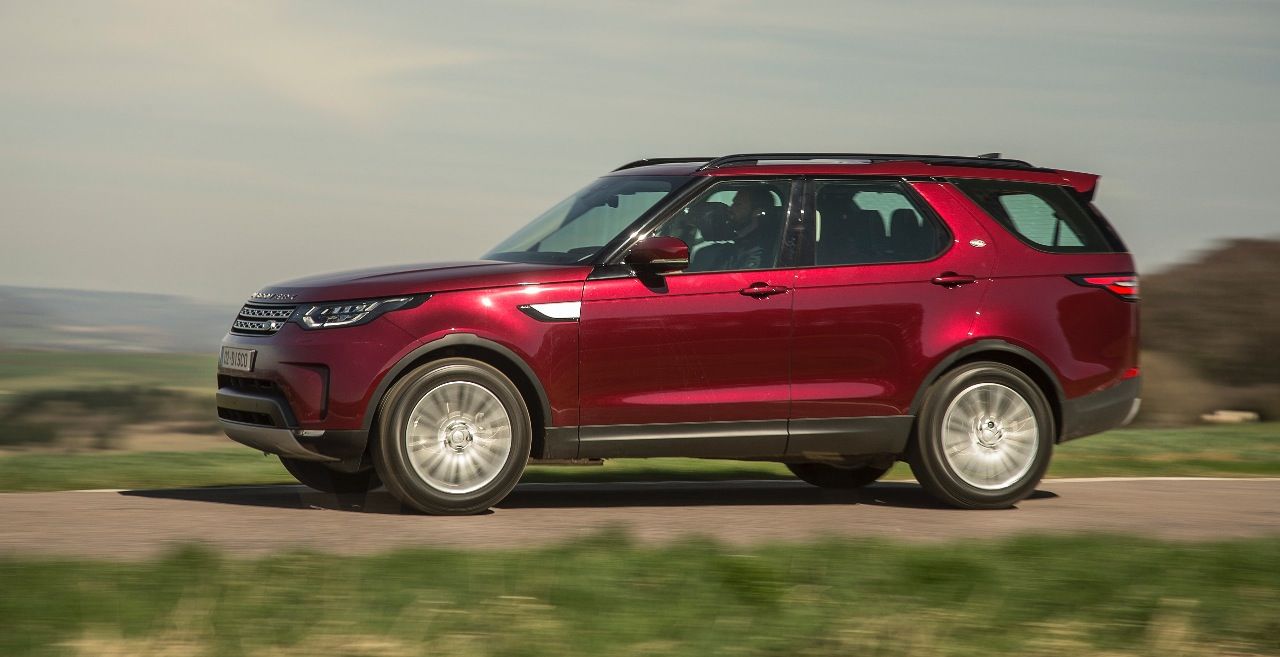 Up front it's as cool as all current Land Rovers. At the rear, of course, it can't be as sleek as a Range Rover.

What special features can the Discovery offer families?
A load volume of up to 2,500 liters with the rear seats folded down is an announcement. Above all, no other car has ever tried so hard to make the seventh of seven seats really comfortable. Everything is designed so that the children traveling with you get the full comfort of row one.

How does that work?
With many changes in detail: the second row is higher than the first and the third row is higher than the second, this improves the view. The seats in the third row are not jump seats, but have normal legroom, something that does not exist with competitors such as the Audi Q7 and Volvo XC90. In addition, the back rows are provided with all the comforts: electric seat adjustment and seat heating up to row three, in row two even seat cooling. Even more important for the youngsters: With a total of nine USB ports in the car, there are no charging disputes and the WiFi network for up to eight devices conserves your own cell phone data volume.

The rear seats now even fold down electrically. Does it make sense?
Basically yes, because an SUV is taller than a van, so it's nice to be able to fold the chairs at the push of a button instead of doing gymnastics in the car. Operating options: Optionally via the multimedia touchscreen, buttons in the rear area and even the mobile phone app. We quickly forget that the electric seat adjustment could fail (probably only Germans and Austrians have this thought).

No other car has ever tried so hard to make the seventh of seven seats really comfortable.

What does the Discovery have to offer people with a lot of luggage, trailers or dogs?
The loading space opening is washing machine format (854 mm high, 1,150 mm wide). As with many SUVs, the loading sill is quite high. The height adjustment at the rear allows you to lower it a little, making it easier for dogs to jump in, for example. The Discovery is great as a towing vehicle, up to 3.5 tonnes can be hooked. The new, extended trailer assistant takes over the steering during tricky reverse parking.

Is the interior now as comfortable and luxurious as a Range Rover?
Design and ambience go in this direction - everything is very high quality and stylish. Cool Britannia. The English have already left a little distance to Range Rover luxury when it comes to the choice of materials. The multimedia system with a 10.2-inch touchscreen in landscape format does not achieve the operating logic and clarity of the industry leader BMW, but is overall on the level of modern smartphones. You have to criticize the low seat height for adults in the second row, you can feel that on longer journeys. The large refrigerator and the many other huge or cleverly hidden storage compartments are extremely practical - the competition sometimes offers significantly less.

The sitting position looks noticeably high ...
Yes she is. In the Discovery you really look over the other cars, you have a wonderful high seat. When getting in and out, however, you have to get up and down noticeably - to make it a little more convenient, the Discovery automatically lowers itself up to 40 millimeters when you park it or even open a door. Children will sometimes have to climb anyway, which should be a plus from their point of view. 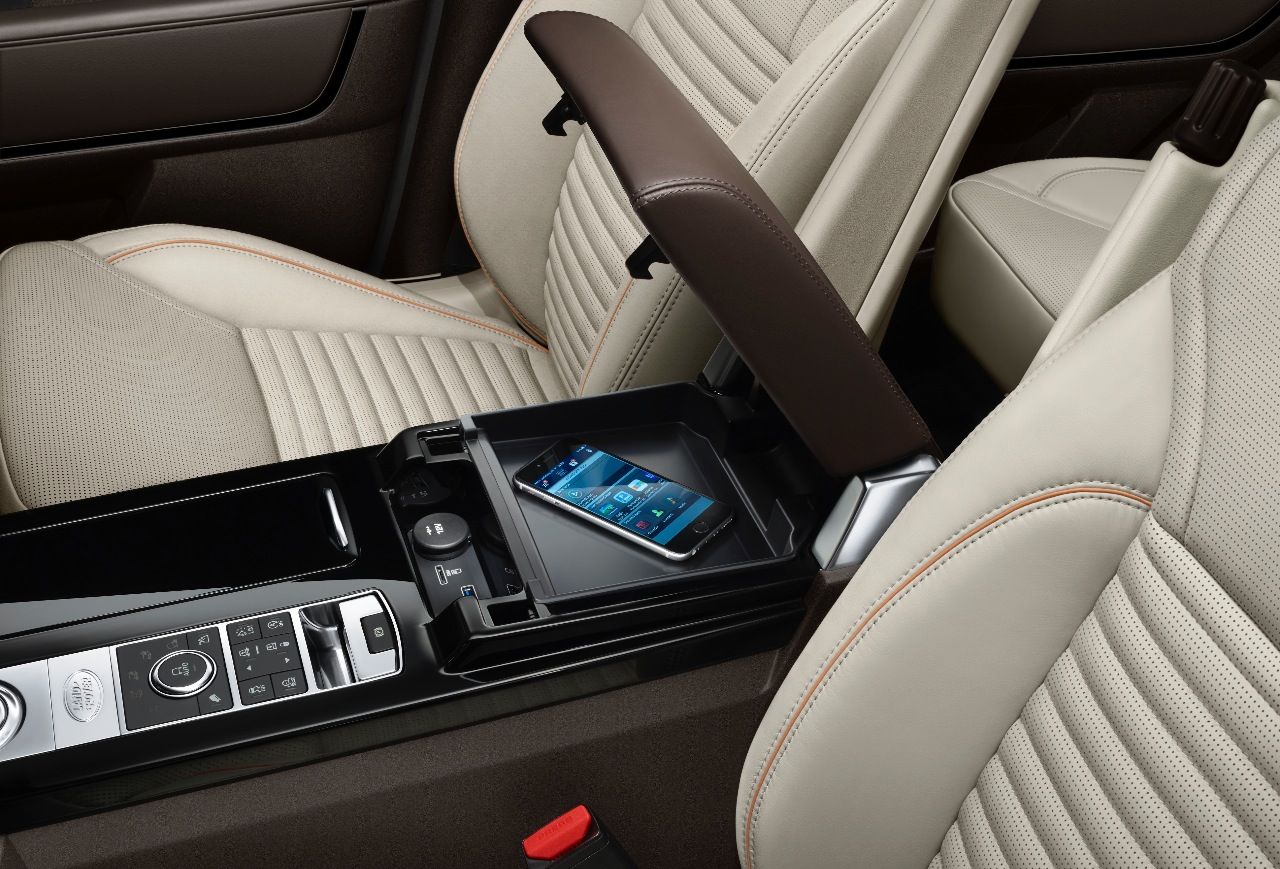 The large refrigerator and the many other huge or smart ones are extremely practical ... 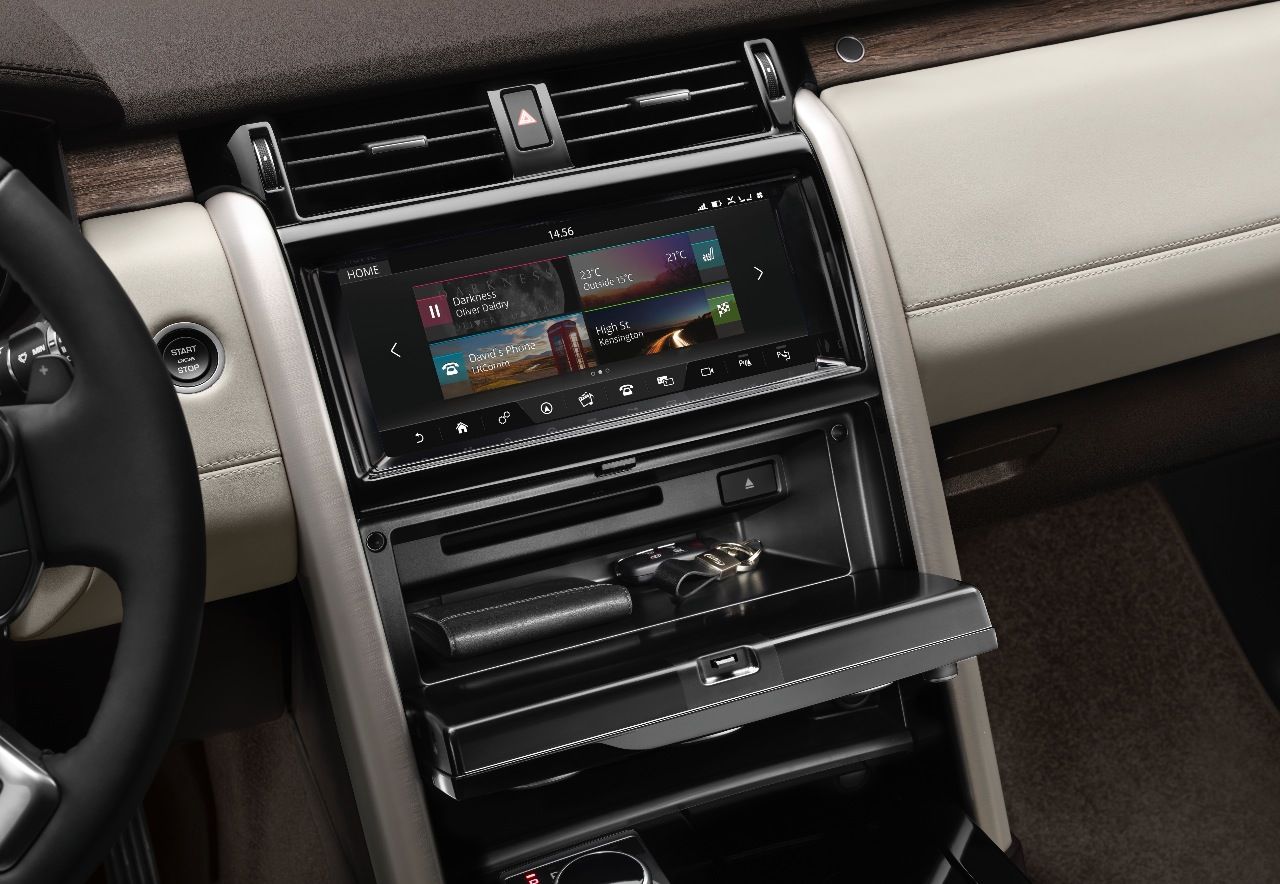 ... hidden storage compartments. The multimedia system is at the level of modern smartphones.

So far the Discovery has not been particularly agile - will that change?
The fifth generation uses completely different technology and is almost 500 kilos (!) Lighter. The driving behavior can therefore no longer be compared with its predecessor. But that's not why it is sporty, for that the body roll would have to be less and the steering more defined. Land Rover clearly interprets the Discovery as a cozy comfort car.

And is it really comfortable?
Yes, the Discovery is wonderfully comfortable when traveling. Its chassis with air suspension filters very well and the effective insulation lowers the noise level to luxury level - it stays that way even when driving on the motorway.

Two out of three diesel variants are four-cylinder - is that enough or does the six-cylinder make sense?
The 240 PS strong Sd4 four-cylinder was taken away from its four-cylinder sound by astonishingly good insulation, and the performance is also convincing. In terms of power delivery, the 258 hp six-cylinder with its 600 Newton meters makes sense, and of course it is also superior in terms of sound. So we say: Rd6. Very good with all engines: the standard eight-speed automatic. 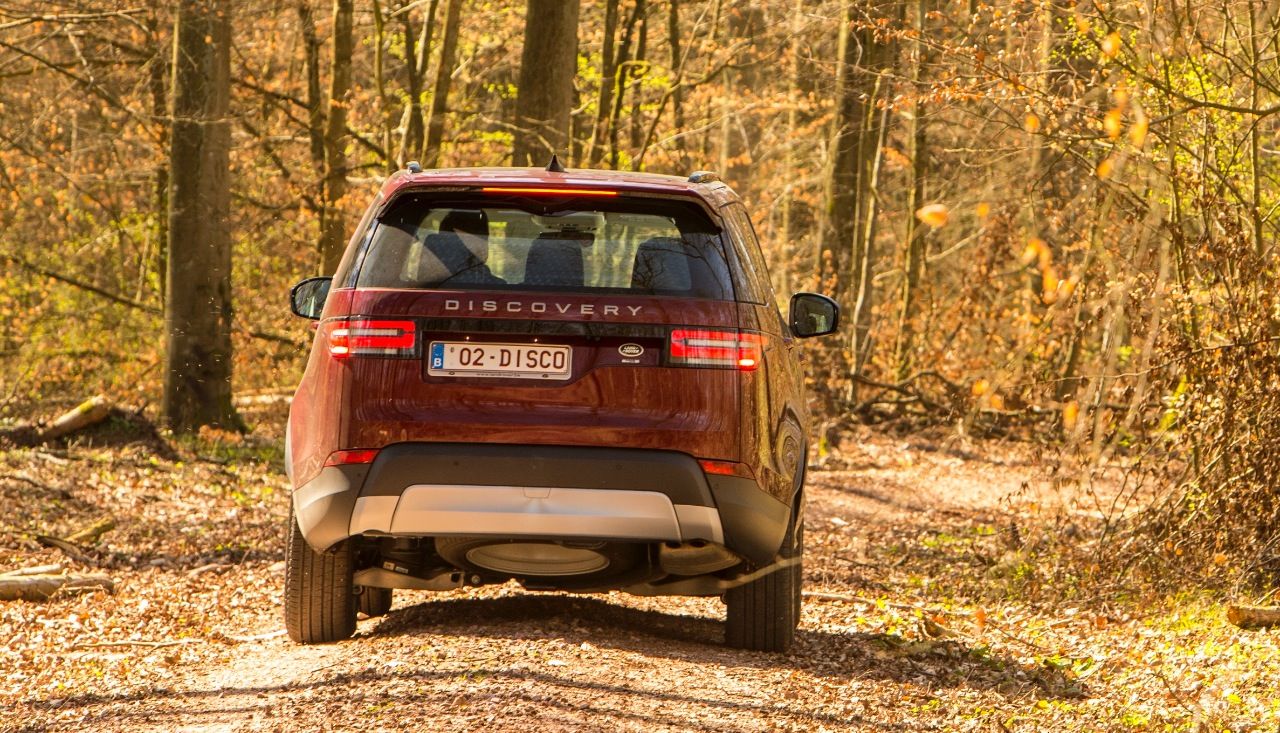 Despite a certain luxury distance, the Discovery could also be interesting as a cheaper alternative to the large Range Rover.

The starting price of around 56,000 euros sounds pretty good. But how much should you really plan? Which variant should you take?
If you want a luxurious Discovery, it should already be the HSE equipment - and it starts with 180 diesel hp just under 70,000 euros. Our ideal variant with HSE equipment and six-cylinder diesel comes to 78,750 euros. For metallic paint, an extra 1,200 to 2,400 euros must be budgeted for. The First Edition for 97,200 euros shows where the journey goes when you really savor the luxury.

How does the Discovery compare to the direct competition?
Fierce competition are the Volvo XC90 and Audi Q7, which are also priced in the same range as the Discovery - although the Volvo does not have a six-cylinder diesel in its portfolio and the Audi does not have a four-cylinder diesel. The price of the Mercedes GLS is noticeably higher. Despite a certain luxury distance, the Discovery could also be interesting as a cheaper alternative to the large Range Rover: It offers the core target groups - i.e. families, dog and horse owners - a similar amount of space and utility, but saves the budget significantly: with the 258 hp six-cylinder -Diesel and HSE version, the Discovery is just under 79,000 euros, the Range Rover 112,000 euros. With a little negotiating skills, you can almost get an Evoque extra.