What's this Electric universe? Or the Plasma cosmology? I am asked this question again and again and it is not that easy to answer. You can find a lot of books, films and websites on this topic. But it is surprisingly difficult to derive a unified picture from this and to find out what this topic is really about. Nevertheless, I have tried to explain what can be imagined by the “electrical universe” and whether it is a serious science or not.

What is the Electric Universe

Under the key words “electrical universe”, “plasma cosmology” or their English-language translations one can find a multitude of claims and hypotheses about our universe (especially on the Internet). They differ in the details and there doesn't seem to be a really central and fundamental theoretical model that everyone relies on. But if all considerations about the electrical universe have one thing in common, it is this statement: The processes and phenomena in the cosmos are dominated by the electromagnetic force and not by gravity. The “electrical universe” is an alternative cosmology or an alternative astronomy / physics that differs massively from normal natural science.

It is also not clear where this alternative cosmology originated. In 1883 a pamphlet was published by an author who is only known under the pseudonym “Torpedo”. It bears the title "The Electric Universe: Flashing thoughts for consideration and facts from many sources" and if you want, you can find a copy of it in this collection. It was published in New Zealand and if you don't feel like working your way through the rather long text, you can read a review of the pamphlet here, which was published in October 1883 in New Zealand Observer has appeared.
In a nutshell, “Torpedo” claims that electricity is responsible for everything in the universe. They ensure that the stars shine and radiate heat, that planets move and everything else we can observe can be traced back to electrical processes. However, this is not a scientific work, which can also be seen in the other topics that deal with “Torpedo”. For example, he tells of the fact that the sun and the back of the moon are inhabited. And he promises to reveal the “secret of the perpetual motion machine” to everyone who sends in 500 pounds (unfortunately he does not explain why he does not just get incredibly rich with this great knowledge, but uses it to beg for money).

The modern followers of the “electric universe” rarely refer to this pamphlet, but to the books of authors such as David Talbott, Wallace Thornhill, László Körtvélyessy or Donald Scott. However, these people are not astronomers or cosmologists, and their work has not appeared in the usual scientific journals. The theories about the electric universe are mainly published on the respective websites of their creators. As already said: It is extremely difficult to get a consistent overview of the Electrical Universe because there is only all this scattered material, but no central and fundamental theoretical elaboration. If you still want to try to get an overview, you can download the book of a trailer of the electrical universe free of charge on this page, which contains a “beginners course” on the subject.

What does the theory of the electric universe claim? 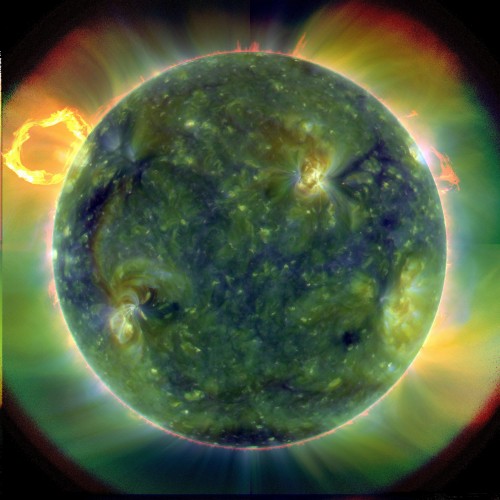 A lot! There are tons of claims made on all of the websites and in all of the books, just like our universe is supposed to be really works and wherever electricity plays a role. I do not want to retell all of this in detail now, but limit myself to a few of the most important statements that can be found almost everywhere among the followers of the electrical universe. As a source I quote from a German site (WebCite) on the subject.

What is the Electric Universe? Or the plasma cosmology? I get asked this question again and again and it's not that easy to answer. One finds for this ...