How to Make Your Own Match Attax

zonixx: Everyone wants to build their own BIG

One of the most famous faces of the German Counter-Strike scene recently visited us in Berlin. We're talking about Michele 'zonixx' Köhler, who is now on the road as a streamer and has already been active in gaming for teams such as ALTERNATE aTTaX, mousesports, EYES ON U and PANTHERS. In the interview he talks about his future plans, the situation in the German scene and the new esports show of his friend Matthias 'Bone' Remmert

You wanted to know again in the spring championship with PANTHERS Gaming. Were you satisfied with your time in the team and with your fellow players?

I was very pleased. Especially with the team, because all four were full-time players and spent the whole day playing Counter-Strike while I was streaming on the side. They knew that streaming was my top priority and the team could always suffer a little. I think they all handled it very well because they really wanted to play with me.

As a result, we trained much less and more irregularly than other teams. Accordingly, I was all the happier with my performance in the end - especially that we made it to the finals. Although we played far below our ability in preparation, we were even able to get a map against BIG there. That made you want more.

For me it was a nice end at that moment and I could say that it was worth it. I knew I would quit after the season and devote myself completely to streaming. But I didn't know how I was going to feel afterwards and whether it was the right decision. In the end, however, I was completely happy because it was a great time and the energy I invested in the team was also worth it.

Was that finally your professional career?

Well, I'd really like to play competitive. It's also the only reason I stream so much because I just want to win. I am very often asked why I play so much CS: GO on the stream and not show other games as well. Counter-Strike is a lot of fun for me as long as I can measure myself against others and win. As a full-time streamer, the options for this are of course a bit more limited than in a competitive team.

Despite everything, you have to be realistic and see it from an adult's point of view. After all, I'm not 16 years old and have certain responsibilities and a small family at home. Of course I have to take care of that, because nothing comes from nothing. Dare to take a shot like this without earning enough money in the end would not be okay.

I still have the motivation, but the overall package and the whole thing just have to be right. If I attacked again, it would only be full-time with the appropriate prerequisites and an organization that can handle it.

At the moment there are a lot of German players on the market and teams like ALTERNATE aTTaX have already announced lineup changes. What do you expect from the coming transition period?

At the moment it's like every other season. Sadly, there is a lot of whispering even before the end of the current season and there is currently a lot of talk behind the scenes about it. There are many names of players and organizations. But you also have to say that BIG caused quite a bit of hype again in the German scene. Suddenly everyone noticed that in Germany you have great players with whom you can do it.

I feel like it woke up a lot of players and made them hungry. Everyone currently wants to somehow build their own BIG and compete internationally. It's hard to say what's going on in the end. You have some good free agents right now, but in my opinion there is a lack of organizations that can deliver results.

What BIG has achieved in such a short time is simply great. In six months the guys did everything they could imagine. In Germany, in my opinion, there is only one other organization that can do that as well. And that is, as you already mentioned, ALTERNATE aTTaX with crisby. With them you know, they have the possibilities and if they want, they can put a full-time team up and finance it without any problems. Therefore, in my opinion, it will probably boil down to who switches to aTTaX. (laughs)

If you could pick from all German players except BIG, which fictional lineup would you put together? 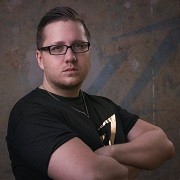 It is always very difficult to decide. The problem is: There are a lot of people with potential who are absolutely incompatible in a team from a human point of view. Perhaps some players are big numbers right now because of their good stats. But on a human level they are usually not able to make a team successful.

I would always bet on young and hungry players who you can tell that they really want to. Talent is one thing, but ambition and the will to invest are also extremely important. It's not just about sitting at the computer for a few hours. Either you want it or you don't. Many players just rely on their playing reasonably well, but keep forgetting what really matters.

For a while, Counter-Strike was everything to me. I literally thought about it every second and in every situation. That's why I can't name a lineup, I just want to point out what you should look out for in the first place. People not only have to be playful, but above all humanly compatible.

I have a good connection to a lot of people in the scene and there is hardly a good German player who is said to be a good guy in human terms. People should work on that, because in my opinion team spirit is paramount and playful deficits can always be compensated for with motivation.

We recently spoke to crisby about the GamerClubGermany project. What do you think of the platform and how can the German scene benefit from it?

I'm basically a skeptical person. You already noticed a lot passively beforehand and all the delays didn't convince me at first. I've been playing the site myself for a little over a week now and I have to say that they do a really good job. I really enjoy it myself and in my opinion it covers the main criteria for pushing the scene.

You get to know new people there because you play with them. Sometimes you are in the Voice with strange players that you didn't know before. This gives you an extremely good platform to draw attention to and get to know each other properly. The most important thing now is that you can keep the draft horses and big names. Because these people are why the smaller and unknown players want to play and show themselves.

In order to promote talent and youth, it is important that they have an incentive to play with big names and maybe even get to know them. You should hold on to this, otherwise the effect will flatten too quickly.

Our bone can currently be seen with an esports program on ProSiebenMAXX. How do you like the program and to what extent does such a format help to make esports more socially acceptable?

First and foremost, being able to bring esports to television is an extremely big step. This time it's not like the ELEAGUE program from then, which I was a frequent guest on and which "only" ran on ProSiebenMAXX. But now you even have a repeat on ProSieben - that's really a huge step forward.

But in my opinion it is also very difficult, because you always have to try to make everything reasonably understandable for the broad mass of viewers. After all, it is not a stream that only tunes in to people who know exactly where they are. You also want to pick up people who have never heard of esports, or have only heard a little. At the same time, of course, you want to encourage those who are familiar with esports to watch.

In theory, you would have to show content for five hours in one hour of broadcasting time to please everyone. It is of course very difficult to achieve this balancing act. I think that in the first few broadcasts, people approached that well and initially showed a kind of crossover through all the games, and then gradually went into detail.

In all honesty, if the whole thing was called "ran League of Legends", I wouldn't switch it on either. But since it is about esports, it is important that you pick people up properly and make everything interesting. It has worked really well so far and I am sure that it will also work well in the next few episodes.