Sandra Howard: 'I've been left wracked with guilt over my darling sister's death'

Sandra Howard: 'I've been left wracked with guilt over my darling sister's death'

By Sandra Howard for MailOnline
Updated:

Sandra Howard, the wife of former Tory leader Michael Howard, experienced the sad loss of her sister who died suddenly on New Year's Eve. Here she reveals why she has been left haunted by regret and guilt ...

My sister, Carma, died last New Year's Eve. She was only five years older than I am, just into her 70s, when she was killed, suddenly, by a stroke.

She lived in South Africa, so when I picked up the phone and it was her husband, Naty, I assumed they were calling to wish us Happy New Year.

But he had a terrible catch in his voice and didn't seem to know what he was saying. 'She was everything, everything,' he kept muttering and the tragic news soon became horribly clear to me. 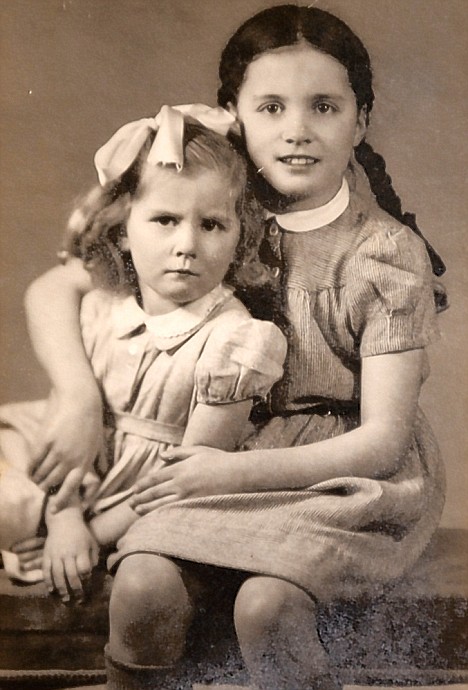 I felt the sort of chill that lays an icy hand on the stomach before numbing you all through as the shocking realization dawns. There had been no warning, no knowledge of any illness; it seemed impossible to believe.

Naty was distraught, broken, sobbing openly, which made me concentrate in a helpless way, on offering futile soothing words.

It was like trying to calm an uncontrollably upset child whose anguish is all-consuming; your own feelings have to be on hold. They soon kicked in, though, and have been desperately hard to bear ever since.

Mourning a sister is painful enough, but the memories keep surfacing, bringing a steady burn of guilt. I feel selfishly cheated and frustrated, too. The sad fact of it is that Carma and I never really got to know each other as adults.

I've lost a uniquely wonderful sister and it has been slowly and sadly sinking in how much precious sisterly time together we never had. If only I'd had a wake-up call and acted, but now it is too late.

We wrote and phoned each other regularly, but I feel that I failed her. I didn't find that slight effort of will to drop everything, jump on a plane and be physically close.

It's my own fault that for the sake of a few thousand miles we missed out on all the joy of hugs and sisterly giggles we enjoyed as children.

It was for me to make the journey - my sister suffered from back troubles and couldn't travel - but the years passed and at the time of my sister's death two decades had gone by since we had last seen each other.

Her full name was Carmelita; my mother had been reading a book at the time of her birth with an exotic heroine of that name. Carma was dark-haired and outgoing, so it suited her. 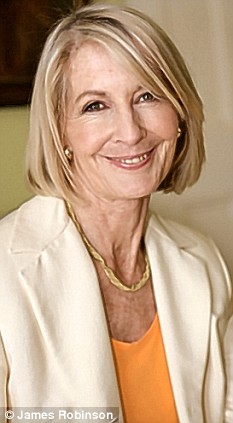 There was just the two of us, but we lived on different continents even in childhood. My father was an Air Force doctor, often posted overseas, and it was decided that Carma should stay at boarding school in England while I was with my parents on the other side of the world.

As the elder daughter, her education was thought to be at a more crucial stage. But now, I believe my father was guilty of favorism.

He and Carma had never got on brilliantly. I was the little goodie-goodie while Carma was the rebel. By the time she was a teenager, there was a definite clash of personalities - my father's old-fashioned disciplinarian approach versus her strong teenage will.

It meant that while Carma was away at school, I had my parents' undivided attention. And though we never talked about it, the loneliness must have been awful for her to bear at times.

It could so easily have made her resentfully jealous of me, bitter and cold, yet that was far from the case. She was the most terrifically warm and loving person, always unselfishly pleased for me.

She never once held it against me that she had been left behind in England. Instead, her pride in my smallest triumphs and her concern for me was genuine and total. Though she was miles away, she was always an emotional prop, staunch and wonderfully supportive. We used to squabble when we were together during the holidays. But she would always defend me when it came to the crunch.

No one can be crueller - or kinder - than a sister, after all. Sisters can fight no end, they can make snide remarks, tell tales, poke fun. But any coldness always thaws and the age difference is forgotten when you find something to giggle about.

We knew the things that mortified us, too, our private fears. It was my sister I went to, aged ten, when I woke in the small hours one night bent over with racking stomach pains. She instantly took charge, waking up our parents.

I was terrified of being told I was making a fuss about nothing. But Carma, as ever, was right. Those pains were in fact acute appendicitis and my parents had to rush me to hospital where I was operated on within hours. Carma was there, holding my hand, when I came round.

There was jealous too, of course. I was most jealous of Carma's boobs. She was five years older and they were huge globes that seemed to defy gravity and propel themselves forward like twin rockets.

Mine were destined never to achieve greatness. I've never forgiven her for coming into the bathroom one day and cracking up at the sight of my under-developed pre-teen pair.

That was at a time when we were home living in England and seeing each other, certainly all the holidays. It was to be the last patch of day-to-day normal living.

Not long after, my father was posted to Singapore. Carma, meanwhile, left school and joined the Wrens. Then she took up with someone that she knew my father wouldn't approve of.

He didn't. And much as she pleaded long-distance - we were still in Singapore - he refused to give his permission for her to marry.

In those days, parental consent was needed for anyone to marry under 21. Carma was 20. So she forged the age on her passport and went ahead and did it.

SADLY, my father was right and the marriage was a disaster. Carma divorced and went to live in South Africa, where we had relatives on my father's side, with her baby son, Duncan.

She was a single mother, alone in a strange country, yet quietly got on with the business of earning a living and bringing up a son.

She worked on a newspaper, one that took a strong stand against apartheid. It frequently went to press with blank spaces when the government placed embargoes on various articles. She promised us she was safe as houses, but it was a worrying time.

I admire Carma most of all for the way she brought up her son. She had one or two unsatisfactory relationships before Naty (who she was with for 20 years), and various emotional and financial upsets, yet she made sure Duncan never suffered.

He went to Cape Town University, came out tops in all his exams; he's a superb sportsman, highly successful in business. He married an Australian girl and they live in Sydney with two teenage daughters.

Another set of sisters, happily living together. They don't know how lucky they are.

Duncan was the greatest credit to her and he and his girls were Carma's greatest joy. He had taken the family to South Africa for Christmas and one small spark of comfort to me is that she had seen them before she died. I hadn't seen her, though.

We wrote letters, emailed regularly and when our mother died in 2002 there were lots of emotional telephone calls as Carma couldn't manage the journey over here for the funeral. 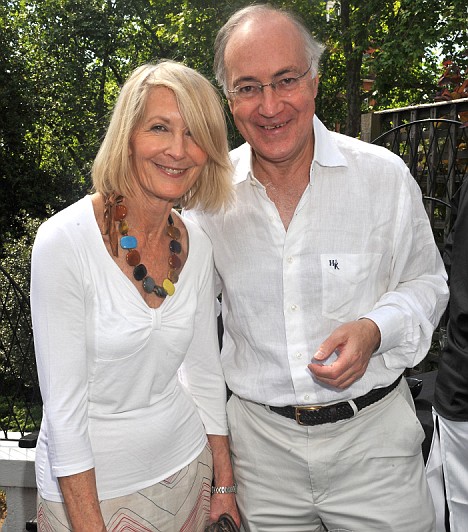 Sandra with husband Michael Howard at their London home

After that, we made a pact to speak regularly. But now I can see that we missed out as adult sisters. If we hadn't been separated by geography, we would have been close confidantes, always there for each other with advice and an instant take on things.

Carma was always the coolheaded one in an emergency and there were so many times when I have longed for her to be near, like the day when my elder son slashed his arm on a packing case. I got him to hospital then promptly passed out. He recovered fine, but I needed Carma to lean on.

I have wonderful close friends, we have great gossipy times, shop together and dish the dirt, but it's a fundamentally different relationship. Friends aren't blood relations. Only with sisters are we truly able to be ourselves. It's a unique bond.

Even sisters competing in the same sphere can manage to stay close. Think of the Williams sisters, Venus and Serena, battling it out in the Wimbledon final.

I know what Venus meant when she confided: 'I always like to win. But I'm the big sister. I make sure Serena has everything even if I haven't anything. It's hard. I love her too much. That's what counts. '

The Bronte sisters, too, were in competition, all writing powerful stories about doomed passionate love, yet remained intensely loyal and tight-knit. Jane Austen similarly revered sisterhood in Pride And Prejudice and in her own life.

Mine was too far away, sadly. There were so many questions I never got round to asking because of distance, all the delicate and difficult-to-express thoughts that have been in my mind over time.

We kept tabs on our sisterly love. It mattered to us and the flame never flickered and died. Yet despite all the warm, caring letters, true communication across continents was always elusive.

Thoughts would come after the moment had passed and life was such a hectic whirl, the years slipped away, so I never did get on that plane. How I regret that, now she's gone.

It helped to write one last letter to Carma a few weeks ago. I knew she was no longer there to read it but it helped me, releasing memories from my dark subconscious like pardoned prisoners and bringing them into the light of day.

There are so many 'if onlys'. If only I'd known better her innermost feelings. If only she were still around.

'If only' are wretched words. Why do we so often put off doing things until it is too late to make amends? Living with regret is so painful.